Review of Keeper of the Lost Cities by Shannon Messenger 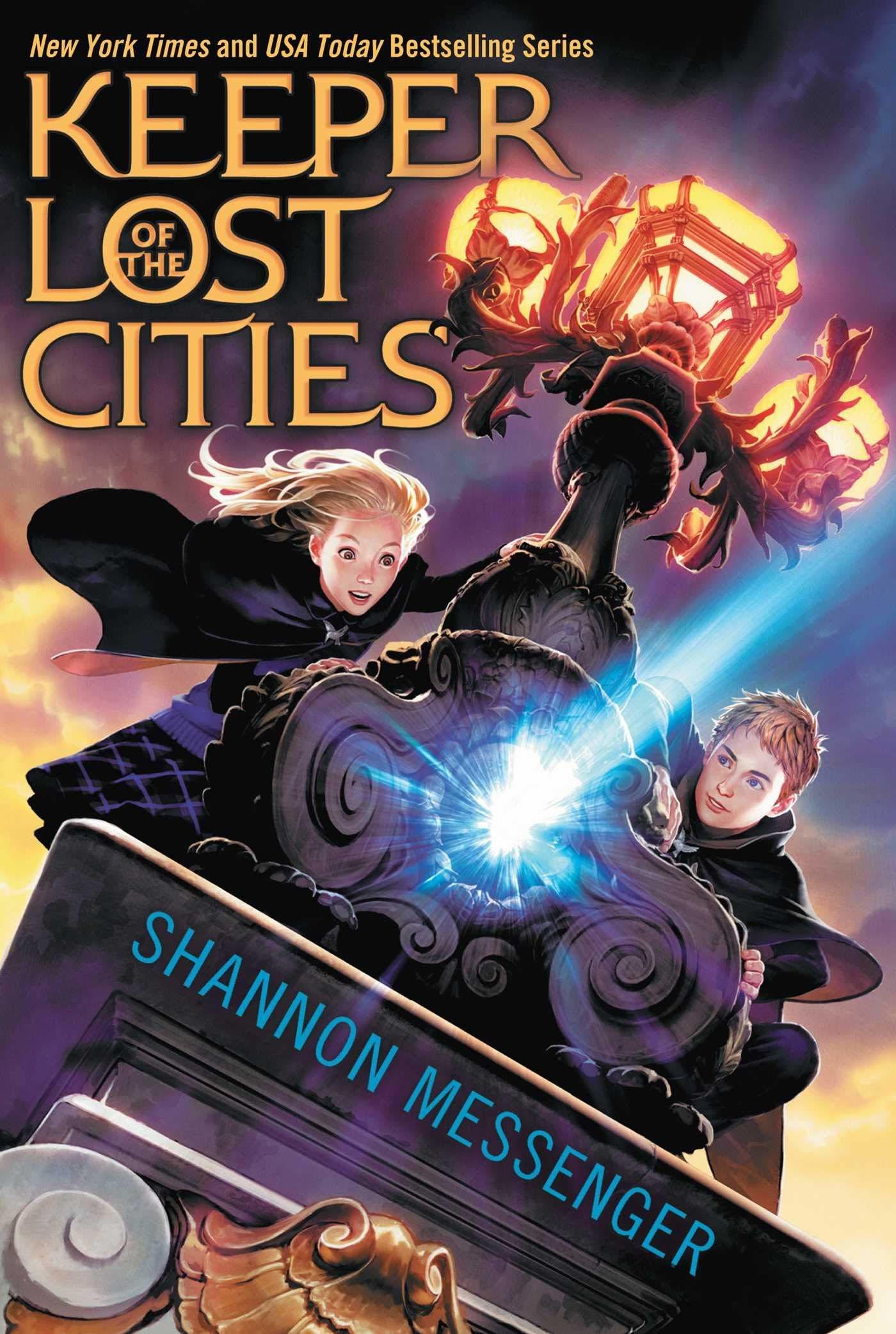 Preliminary comment(s): I'm attempting a professional-esque type review, so if it feels amateurish, please bear with me. XD

Sophie Foster has always been the weird one. Understandable, considering the fact that she's the only twelve-year-old high school senior in her class. And that she has photographic memory. And is capable of telepathy.

But one day, she meets this handsome, strange boy who seems to have all the answers to why she is the way she is. He whisks her off to a wonderful, magical world where anything seems possible. Even her fitting in.

But not all is as it seems, and Sophie only comes to realize that she's much more of a mystery than she could have ever imagined.

One of the answers she does get, however, is that she's not of the human race, but of the elves - a race capable of what humans would call "magic": telepathy, vanishing, light-leaping, among many other intriguing abilities. Forced to abandon the human family she loves, she enrolls at the elvin academy of Foxfire and tries to find her place in the elvin world—a new family and new friends.

But even among the elves, she doesn't fit in. Not quite. She still doesn't have a proper family and is unusually talented, causing her to stand out like a sore thumb.

Meanwhile, dark secrets are uncovered in the deep recesses of Sophie's memory, triggering abilities she didn't know she had, and causing her to wonder even more about her origins and why she is the way she is.

And somewhere in the darkness, someone is after her, after the memories she keeps.

Will Sophie ever find her place in this new, strange world? Can she trust those who say they love her to be there for her when she needs them? Who is she truly, and why would someone chase her for the memories she has?


Shannon Messenger's debut middle-grade novel is consistently riveting throughout, albeit not without a few "draggy" parts in the first half. Nonetheless, it makes for a one-of-a-kind experience you won't want to miss out on.

The elvin world makes for an interesting setting, although it's also extremely glittery, rainbowy, and ultra-perfect without very many problems (as there is almost no such a thing as death, crime, or bad guys), which can make it rather boring and dull on occasion. But it works most of the time.

This is not an original complaint, but I did dislike the excessively annoying "human bashing," which involves elves scornfully dismissing the "dumb" humans and their pitiful technology and science. What did Albert Einstein ever do to them, anyway?

Also, the antagonist(s) make(s) an extremely late appearance (although their presence is implied throughout the book). Thus, 2/3 of the novel is focused on Sophie's life at school and her attempts to find a family. The same amount of the story is powered mainly by emotional conflict/drama, which actually works pretty well. This is a real page-turner which will keep you reading, just dying to know what happens next. But it doesn't contain much protagonist-antagonist conflict. Just in case you want to know.

The characters were sufficiently authentic and distinct from one another, although some were a little annoying. Maybe for good reason. Still... Thankfully, Sophie Foster, the protagonist, is very easy to relate to and sympathize with, which is the most important thing when it comes to characters. The pain and hurt she has to go through particularly contributes to her likability, which is in the extreme.

The dialogue was... okay. For some reason, Messenger opted to have all of our ultra-talented, high-born elf teenagers speak modern high-school lingo, which made it difficult to believe they were any different from, well, human high-schoolers from this day and age. That just seems like a lack of imagination to me, although I get that she was trying to appeal to the target audience.

Bottom line: Keeper of the Lost Cities is a worthwhile read that will keep you on the edge of your seat until the end and make you want more! It certainly isn't the paragon of literature, but it is delightfully good reading.

Can we really ask for anything more?

“I would rather be punished for making the right decision than live with the guilt of making the wrong one for the rest of my life.” — Sophie Foster, Keeper of the Lost Cities

I couldn't help but make this rather unprofessional-esque comment: I SHIP SOPHITZ!!! And I don't get why people even think about pairing Sophie and Keefe together—he's more than a little annoying. Of course, I've only read the first book. *shrug*

book reviews Keeper of the Lost Cities
The Tolkienite: On the Issue of Magic in The Lord of The Rings and The Hobbit
The Tolkienite: Proof that Tolkien was A Christian #1
Celtic Ages: Ten Interesting Things About the Irish Language
I BUILT MY SITE FOR FREE USING